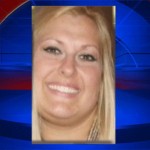 TAYLOR, Mich. (WJBK) – A restaurant in Taylor was packed Tuesday evening during a fundraiser for the family of Chelsea Small, the employee who was found murdered in November at a check cashing store in Taylor.

Pia’s Ristorante Italiano donated 20 percent of diners’ bills to college funds for Small’s children, who were five and eight years old when she was killed.

Police say Small was killed during a robbery at the Advance America on Telegraph Road near Champaign Street. They have released surveillance photos showing the suspect, hoping the public can help identify the man. 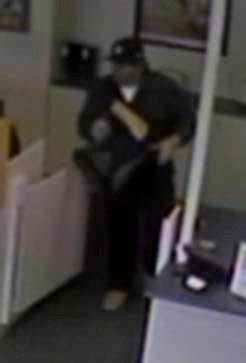 He is described as a white male aged between 35 and 50 years old. He is approximately 5 feet 10 inches tall with a stock build, and has shoulder length brown hair. He walks with a slouch. He was wearing a white T-shirt, dark jacket and dark-colored pants the day of the robbery.

Crime Stoppers of Michigan is offering a cash reward in exchange for information that leads to an arrest. Call 1-800-SPEAK-UP (1-800-773-2587) if you have that information. You will remain anonymous. You can also leave a tip online at www.1800speakup.org.

Another fundraiser is said to be in the works for summer. In the meantime, anyone can donate to the Chelsea Small Memorial Fund which is accessible at any Fifth Third Bank.

Posted in News and Specials

* Pizza rolls are available weekdays, order before 3pm, a made to order item.

* Call for reservations – groups over 10 people.

I have had most things on your menu. I have no favorites. They are all fantastic. 

Love the veggie pizza and the antipasto salad ❤️

Chicken parm is my favorite

I love them all lol

Pias carries a full selection of your favorite sports team t-shirts - Pias sports shirts - Whether you are a fan of the Lions, Tigers, Red Wings, Michigan State, or the University of Michigan, we have a shirt for you! ... See MoreSee Less

Family-owned & operated ...An assortment of choices, we have something for everyone ;) ... See MoreSee Less

Gnocchi = we sell it by the pound to make at home too #piaspizza ... See MoreSee Less